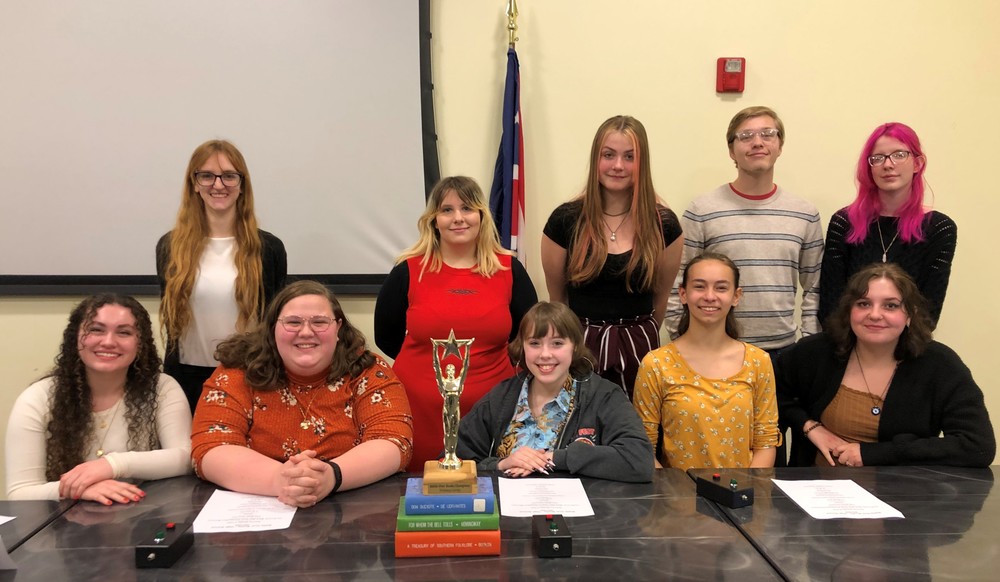 Prior to the event, the students had read from a list of eleven books which included such titles as The Inheritance Games by Jennifer Lynn Barnes, The Noticer: Sometimes, All a Person Needs Is a Little Perspective by Andy Andrews, and Matt Haig’s The Midnight Library. Questions created by the teams’ advisors for the competition were from the eleven titles and were formatted so that the answer was the title of one of the books.

On the day of the event, the teams competed against each other to see who could answer the most questions about the books quickly and correctly. After matches of an alternating question round and a lightning round each, whichever teams had the most points moved on until there were two teams remaining who then battled it out.